Most A.A. members participate by going to meetings at their local groups. But there are many opportunities for service in A.A., and most of us have found that volunteering to do service improves the quality of our recovery. We freely share our time and talent in an effort to stay sober and carry the message of Alcoholics Anonymous to those who are suffering from alcoholism. In other words, you get what you give. 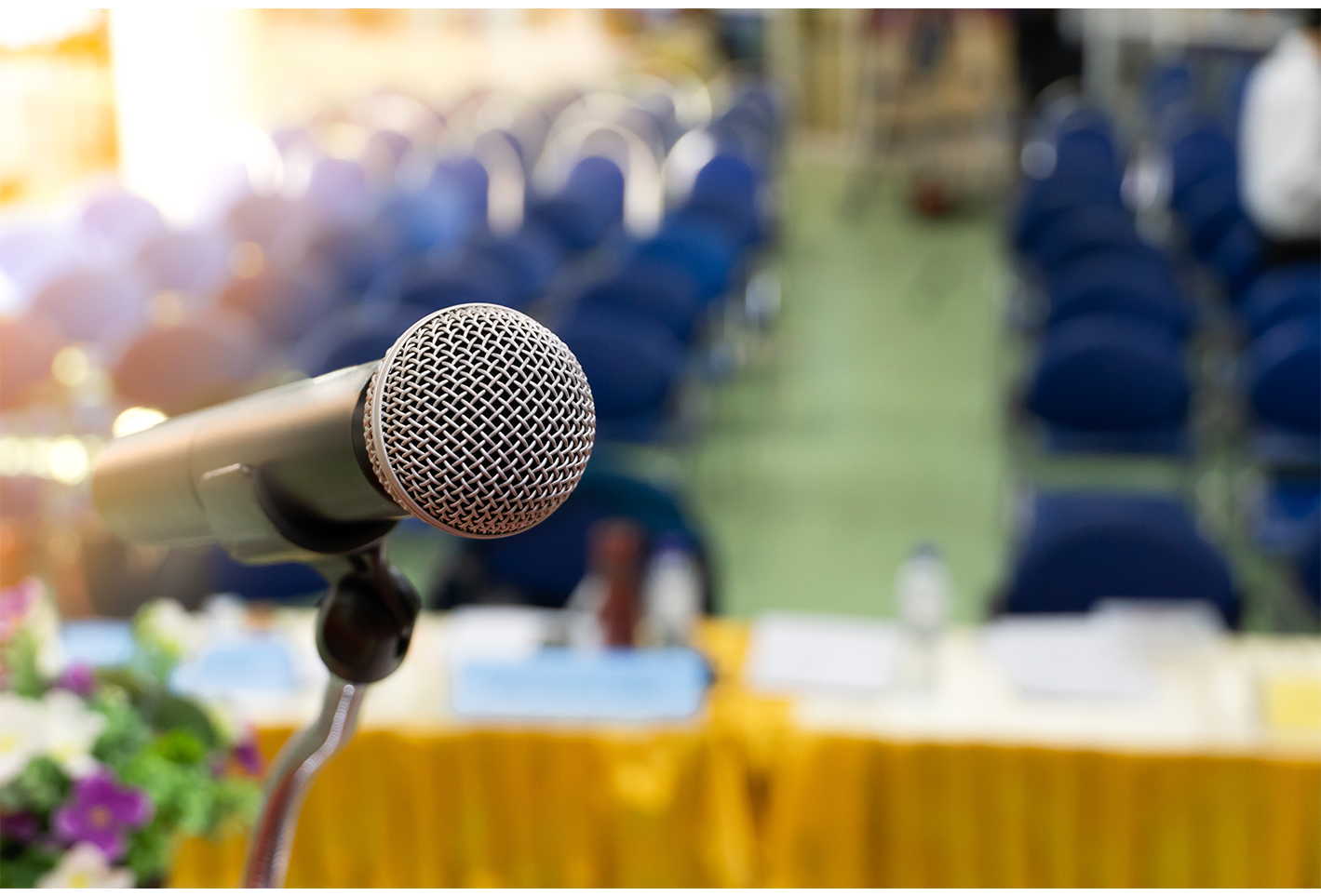 Getting involved in A.A. service

A.A.’s Twelfth Step suggests that we carry the message of recovery. That is the basic service that A.A. provides. Any action that helps A.A. to function as a whole is service. Most A.A. members start out providing service in their group. 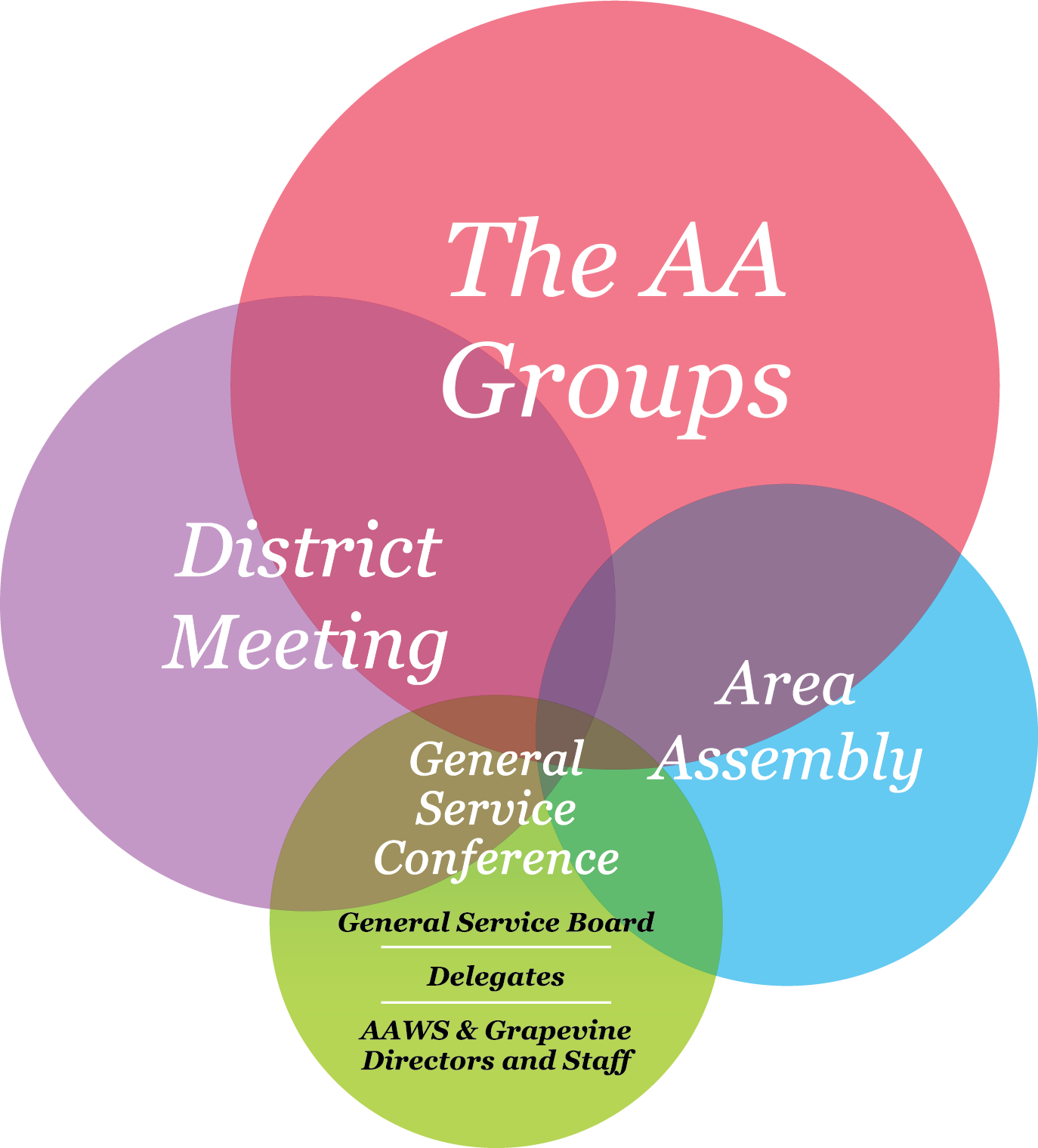 Service in the Group

In A.A., everything starts with the group — it is the place where recovery begins for most alcoholics and is the basic building block of the entire Fellowship. But, for a group to keep going, all kinds of service must be done.

It is through the combined efforts and ongoing commitment of group members that:

The entire structure of A.A. depends upon the participation and conscience of the individual groups.

Service Beyond the Group

The general service representatives (G.S.R.s) of the U.S. and Canada are the foundation of our general service structure. Just as members make up a community, each A.A. group is part of a larger whole. Through your G.S.R., you can make your group’s voice heard.

Each group's G.S.R. usually participates with the G.S.R.s of other local groups in regular district meetings. There the G.S.R.s discuss plans and make decisions on how to best serve the local groups. They also learn more about what is happening in A.A. world service. G.S.R.s also take part in area assemblies. They give input to those who represent your area at the General Service Conference.

These D.C.M.s are essential links between the group G.S.R.s and the area delegate to the General Service Conference. D.C.M.s pass on their district’s thinking to area committees and service workers. They carry information back to local G.S.R.s, who in turn keep their group members informed on various A.A. issues.

Many groups, districts, and areas carry the A.A. message into treatment settings and correctional institutions. The goal is to ensure that the A.A. message reaches those who may be the most in need. Often organized by A.A. service committees, this work may involve working with professionals or other non-A.A. members.

A.A. members can connect with people from all levels of the A.A. service structure by attending a forum. In the U.S./Canada service structure there are 8 regions. A regional forum is held in alternate years in each region.

The International Convention is held every 5 years for members to celebrate their sobriety and to let the world know that A.A. is available for the suffering alcoholic.

How A.A. Service is Organized

This website is where Area Registrars can: update records, view current information, search, filter and download custom and standard reports including Groups by District, Service Position and Contacts.

The general service representative (G.S.R.) is an elected member of your home group. It is a two-year service commitment. The G.S.R. is your home group’s link to A.A. as a whole. G.S.R.s attend district meetings and area assemblies, relaying information between group members and the general service structure of A.A. For more information, see the pamphlet "G.S.R. – General Service Representative."

The District Committee Member (D.C.M.) is the elected leader of the district committee which is made up of all G.S.R.s in the district. The D.C.M. reports information from G.S.R. meetings at area meetings. For more information see the D.C.M. pamphlet.

What are central offices or intergroups?

A central office or intergroup is an A.A. service office that involves partnership among groups in a community — just as A.A. groups themselves are partnerships of individuals. A central office/intergroup is established to carry out certain functions common to all the groups — functions that are best handled by a centralized office — and it is usually maintained, supervised and supported by these groups in their general interest. It exists to aid the groups in their common purpose of carrying the A.A. message to the alcoholic who still suffers.

Where can I find the form I need to send to G.S.O.?

How do you become an A.A. group member?

Reasons for starting a new group vary, but the ways to go about it are basically the same. Important to establishing an A.A. group is the need for one as expressed by at least two or three alcoholics; the cooperation of other A.A. members; a meeting place; a coffee pot; A.A. literature and meeting lists; and other supplies. Once the group is off to a good start, it would be helpful to announce its presence to neighboring groups; your local intergroup (central) office, if there is one; your district and area committees; and the General Service Office. These sources can provide much support. Contact G.S.O. for copies of the New Group Form, which should be completed and returned for the new group to be listed. Each new group receives a complimentary handbook and a small supply of literature at no charge when it is listed with G.S.O. (one of the many services made possible by the regular support of other A.A. groups and individual members). The New Group Form can be downloaded from our website (aa.org), or requested by mail at G.S.O., Box 459, Grand Central Station, New York, NY 10163.

I’m a new service committee chair. Where can I find information on my position?

Congratulations on your new position! You can read about getting listed with G.S.O. and obtaining material to help you get started in your new role. Specific pages for committees on Accessibilities, Archives, Cooperation with the Professional Community, Corrections, Literature, Public Information, Remote Communities and Treatment contain pamphlets, service material, guidelines and workbooks that will help you perform your duties.